The Benefits of Glutathione – The Anti-Aging Antioxidant

61Five Health & Wellness is now offering Nashville IV glutathione, a highly effective antioxidant that targets free radicals in the body. This master antioxidant has shown beneficial in many acute and chronic conditions and can boost the body’s immune system and overall functionality.

The Basics of Glutathione

As an antioxidant, glutathione protects cells against the oxidative stress that damages cell membrane proteins. Without adequate glutathione, mitochondrial oxygen metabolism produces large numbers of free radicals, which causes cells to perform poorly or die. Research shows that oxidative stress increases with aging, and leads to degenerative diseases such as: heart disease, memory problems, cancer, diabetes and arthritis to name a few.

Glutathione is the most significant antioxidant because it is the only one capable of working with enzymes. One enzyme, glutathione peroxidase (GPx), works with glutathione to prevent membranes from becoming oxidized. Glutathione also assists in activating the better-known antioxidants, vitamin C and vitamin E.

As a detoxifier glutathione is unparalleled. It binds metals and other toxins and transforms them into compounds that can be excreted in bile or urine. Once bound, these toxins become water-soluble and can be transported out of cells. 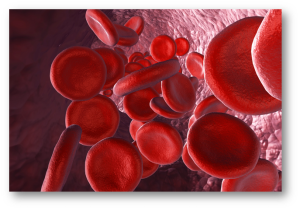 The the front line of our immune system defense are white blood cells. These specialized cells help protect us from multiple threats, such as disease-causing bacteria, viruses, and fungal infections. The body cannot make white blood cells without adequate glutathione. It has also been shown to stimulate natural killer cell activity, which is especially useful in destroying cancer cells.

Accumulation of free radicals causes oxidative stress. This stimulates the peroxidation of the lipid components of biological membranes, the damage from which results in aging.

What are the Side Effects?

The FDA classifies glutathione into the GRAS (Generally Regarded as Safe) category.

There are no significant side effects with glutathione. It is contraindicated in people receiving chemotherapy medications, anti-psychotic medications or pregnant/breastfeeding.

Patients also have the option to add a glutathione to our Myer’s Cocktail (IV Multivitamin) treatment.

61Five is open 7 days a week, walk-ins welcome. Stop in or call for more information on how IV Glutathione can benefit you today.